Think that biodiesel is new? It’s actually not new at all. People have been able to use biodiesel for a while. It goes back to 1900, where Rudolf Diesel himself used biofuel to power an engine. It was peanut oil then, but little did Mr. Diesel know that he would set off a total revolution. So, if we have known about biofuels for a while, why haven’t we really let them take off? Well, it’s simple: petroleum was cheap enough that alternatives just weren’t on the table. People wanted to go with what was going to be affordable for them, rather than what would simply be convenient for the rest of us.

But let’s go back to the main question: is it possible to convert your car to biodiesel? Yes and no. If you already have a diesel engine, then conversion is possible. But you aren’t going to be able to take a non-diesel car and suddenly make it burn biofuels like that. 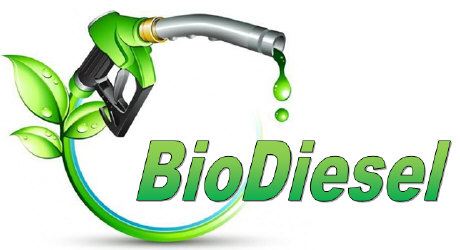 Here’s the benefits if your car is already set up. Aside from reducing dependency on fossil fuels here and abroad, biodiesel has fewer emissions than traditional petroleum fuels. The fuel produced (biodiesel) is actually nontoxic, believe it or not. Try to say that about regular oil-derived gasoline. We can make biodiesel again and again, and we’re not going to run out of it anytime soon. Biodiesel engines are cleaner and easier to deal with than their traditional counterparts.

But of course, there is some trouble in paradise. 100% biodiesel will perform badly in cold weather, but there are ways to fix that. You have to blend it with traditional diesel fuel in order to be able to tolerate colder climates. Due to the way biodiesel is produced, it can tear up rubber hosing as well as fuel filters, so it’s important to replace the filters regularly. Biodiesel is really good at cleaning out every place it goes, so you may have to replace things more regularly than you would with a traditional system. But if you can get the oil for free, then you’ll be able to save money as you drive from place to place.

Biodiesel also takes a lot of energy to produce, taking fields away from traditional agriculture. We need a lot of fields working together in order to produce enough soybeans to fuel all of the diesel-eligible cars on the road. Waste vegetable oil is a good step in the right direction, but you really have to be dedicated in order to pull that off. Sometimes it gets tiring trying to go out and find waste vegetable oil from restaurants, since they usually already have a contract with someone to get rid of it regularly. If you reach out to people about your need for used oil, chances are good that they’ll send you on your way with plenty of oil to use. Your bigger problem may end up becoming the storage solutions necessary to keep all of the oil close by.

Knowing the pros and cons comes into play when you’re thinking about converting your vehicle to running on biodiesel. As long as you’re going through the advantages and disadvantages, you’ll be able to make the right decision in the long run. Have fun, the chance to build a biodiesel-powered setup can be thrilling!